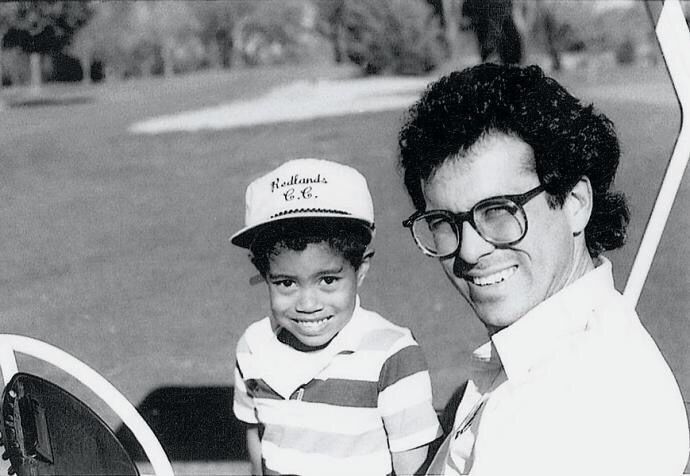 Forty years ago this summer, Tiger Woods came for his first lesson with Rudy Duran, whose recollection of that day in 1980 is burned in memory. Here’s how Rudy tells it:

“Tiger was 4 when his mom brought him to me. He had a cut-down 2.5-wood, a 7-iron and a putter. I teed up four balls for him. He stepped up with his 2.5-wood and hit four perfect drives. They carried about 50 yards each, all with the same draw. I was stunned.

We then went over beside the practice green and I threw some balls down and asked him to chip them. “Do you want me to pop them up?” he asked me. I wasn’t sure what he meant, so he took his 7- iron and started hitting this cluster of balls—some of them high and some of them low. “Pop it up” meant hitting the shots high. I created a personal par for him and he shot 8-under that personal par, playing the ball down, picking his own clubs and holing all putts. I mean, a kindergarten kid was doing this. If you asked Tiger anything about his swing, he had no clue. He had a glove that didn’t fit, he used a split 10-finger grip, and he played like a miniature touring pro.”