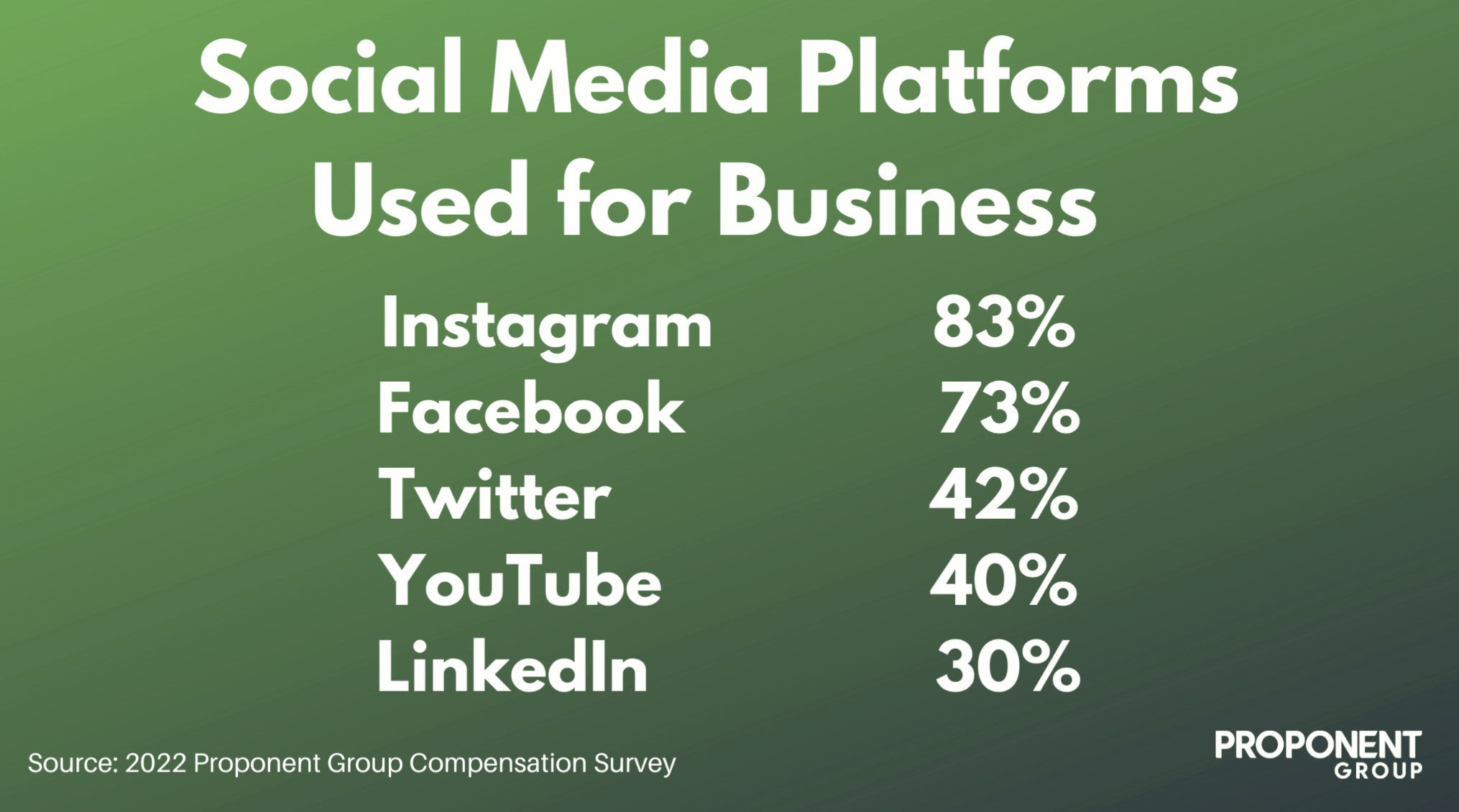 Among marketing options available to our coaches, social media ranks No. 1. Last year a full 88 percent of our members were using at least one social platform. Email marketing was second at 87 percent. None of the other marketing channels managed to top 50 percent usage.

After a decade of trial and error and experimentation our coaches have generally settled into a routine for social media use for their businesses. In our 2022 Operations and Compensation Survey we found that there are only five platforms that are in significant use at this time—and it’s the same five that were favored by Proponent coaches back in 2017:

Since our survey five years ago, Instagram is up 21 percentage points while Facebook is down 14 points. Twitter is down 25 points, YouTube is off by 10 points and LinkedIn is down 19 points. It all adds up to less of a scattershot approach and consolidation of content-sharing and promotions onto fewer platforms. 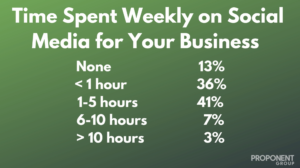 As far as time spent crafting social posts, only 10 percent of our members said they spent 5-plus hours per week on social for business while 36 percent said they spent less than an hour a week on business posts, Another 41 percent reported spending one to five hours weekly posting for business. Time spent has actually gone down a fairly significant amount. When we surveyed five years ago 22 percent of our coaches were spending more than 5 hours per week on their social accounts for business and 45 percent were spending between 1-5 hours weekly.

In general, the time investment on the part of those coaches who are employees was below the averages cited above. The time spent by coaches who are independent contractors and academy owners was somewhat greater.