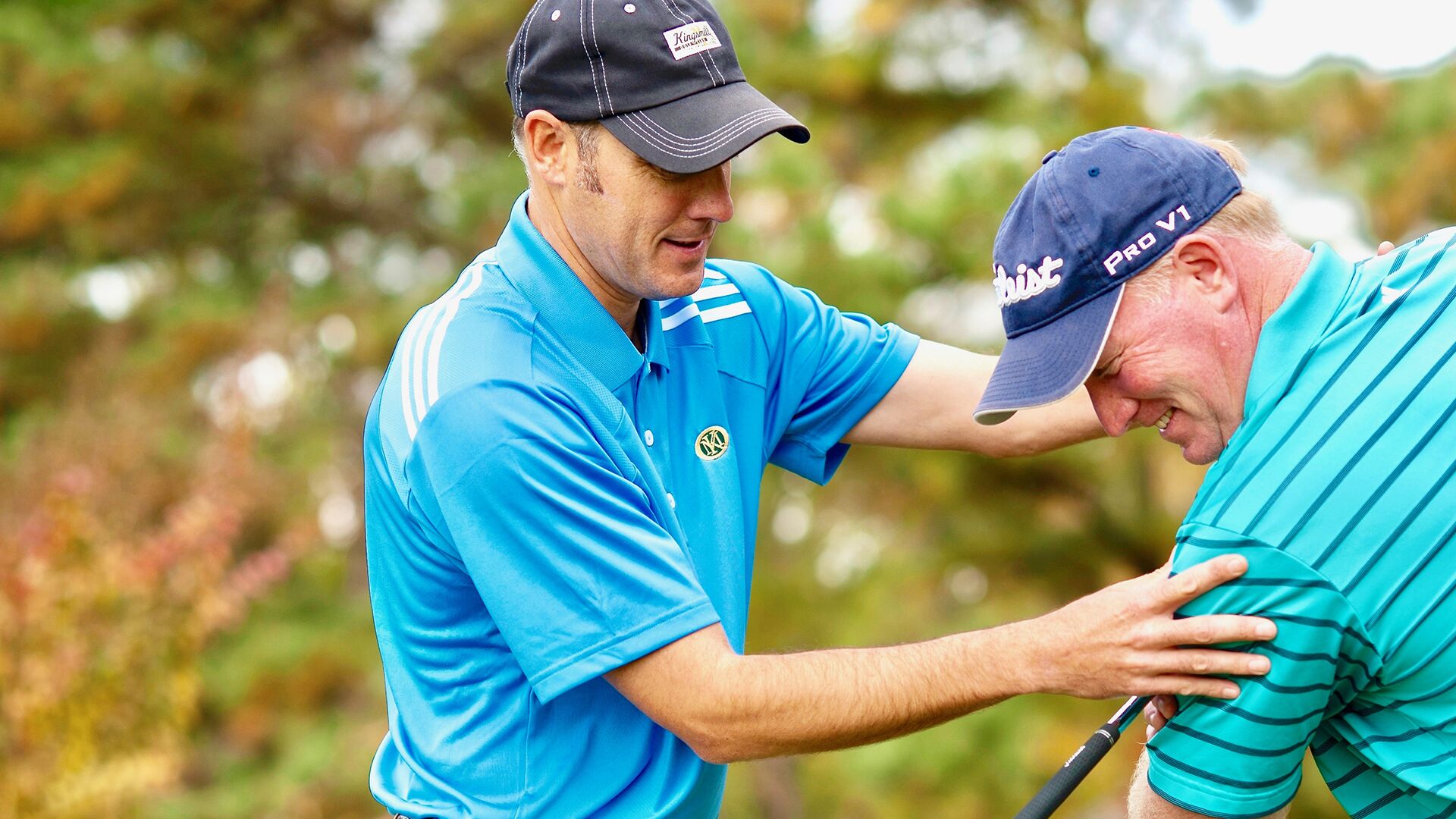 Chris George works with a student at Kingsmill Resort

As technology and new research continue modernizing golf instruction, the one-off lesson and the quick tip have been getting a bad rap.

Experts in motor learning contend that remodeling a golf swing requires a year-plus of training and practice. Influential figures like Dr. Rick Jensen believe students who are ready for this commitment should form the core of any instruction practice—for the sake of job satisfaction as well as financial success.

That viewpoint is behind the rise of the term “coach” within the golf teaching profession. To be a coach is to work weekly or twice-monthly with steady clients, sharpening their skills as your reputation grows and your lesson book stays full. Some teachers making progress toward this goal decide to quit booking single lessons altogether. At a member-only club this tends not to happen, but at other facility types it’s not uncommon.

Meanwhile, is it a wise move on the part of the teacher? Is the one-off, one-time golf lesson truly without value? If you accept basic neurobiology you’ll agree there’s no holy-grail tip that can fix a slice or add appreciable distance off the tee. On NBC golf telecasts Johnny Miller often spoke of “WOOD” tips, the kind that “work only one day.” Building a career on such short-term assistance seems shaky, and yet that “one day” Miller was talking about could be your student’s round of golf with a sales prospect who’s looking to place a big chunk of new business.

Chris George, highly accomplished D of I at Virginia’s famed Kingsmill Resort, tests both sides of this argument on a regular basis. When he gets word that a resort guest who’s coming to town in a few weeks wants a lesson, George will book it for the golfer’s arrival day. “I know when their checkout date is, so I’ll conduct the lesson and see what happens next,” he says. “More often than not they’ll say they changed their mind about just one lesson and want to come back several more times during their stay.”

As he discusses this scenario, George describes a series of time-tested methods for diagnosing various swing problems quickly during that initial lesson, then using special tools and techniques to clearly demonstrate the nature of the flaw to the student. He concludes by showing the student how the diagnosed problem leads to various undesired ball flights.

It’s little wonder they come back, having been exposed to first-class coaching tools and skills from the arsenal of a veteran instructor ranked tops in Virginia by Golf Digest. The road from rookie teacher to someone with these abilities is a long one, and you have to study the craft awhile to become the sort of professional who can make a strong pitch for long-term commitment from students.

“You actually need to develop two very different abilities,” says Andy Hilts, who trains the game’s top academies in how to build their roster of long-term, goal-oriented students. “One is the ability to communicate, educate and essentially sell the golfer on the long-term approach. The other is the ability to work on the correct facets of the full swing at the correct time, in proper sequence, so you never have to reverse course—you’re always moving forward.”

According to Hilts, a PGA Master Professional and president of Hilts Golf, the sequencing challenge is fairly counterintuitive, and you only get good at it after you’ve convinced a few golfers to work with you long-term. “You need golfers who are paying you upfront for many months or even a year of coaching—they’re your raw material,” he says. “I learned the art of convincing golfers to commit before I learned that you don’t start the coaching process by working on their takeaway. I remember a couple of times having to double-back without losing the student’s trust—that’s a little skill of its own.”

Presenting yourself as someone who dispenses quick tips and band-aid cures isn’t desirable. But it’s also far-fetched to demand intense dedication from every golfer who steps on your lesson tee. That, according to Hilts, is where the New Student Assessment, or NSA, comes in. “You need a ‘gateway’ product,’” says Hilts. “The NSA is really the only type of first lesson that makes sense. You’re telling the golfer where they are currently and where you think they could be in X amount of time.” If the first-timer doesn’t want to take the plunge, you’ve still given them a lot of good information and value, while remaining realistic about what improvement requires.

Meanwhile, your menu of programs can include lots of ways for golfers to pay you small sums, spend time with you, ponder the possibility of real improvement and have some fun along the way. We’re talking about clinics, drop-in sessions, skills challenges, club demo days and the like. These will be your meeting points with most coaching prospects. Having golfers experience your style and approach for a small fee in a short time window is critical—the big dollar investment on their part must not happen until they have truly bought in.

“Bona fide coaching prospects are in short supply,” says Hilts. “You can’t waste any of them.” Which means you can’t rush people into anything, though what you can do is to ask them relevant questions, educate them on what it honestly will take to accomplish their goals and let them decide what program is right for their budget.

Clinton Whitelaw, director of instruction at the prestigious Lakewood Ranch Golf Academy outside Sarasota, puts NSAs front and center on his menu of programs, then surrounds that “gateway product” with casual and social forms of instruction, to which he adds a spark of challenge and a hint of what’s possible with some commitment.

“You can always show the average golfer little things like where to tee their ball, how to pick a target or when to putt from off the green,” says Whitelaw. “You’re job isn’t just to motivate the golfers who come to you regularly, it’s to encourage every golfer at the facility. They won’t all end up getting serious, but some will. That’s where the friendly tips end and the real coaching begins.” 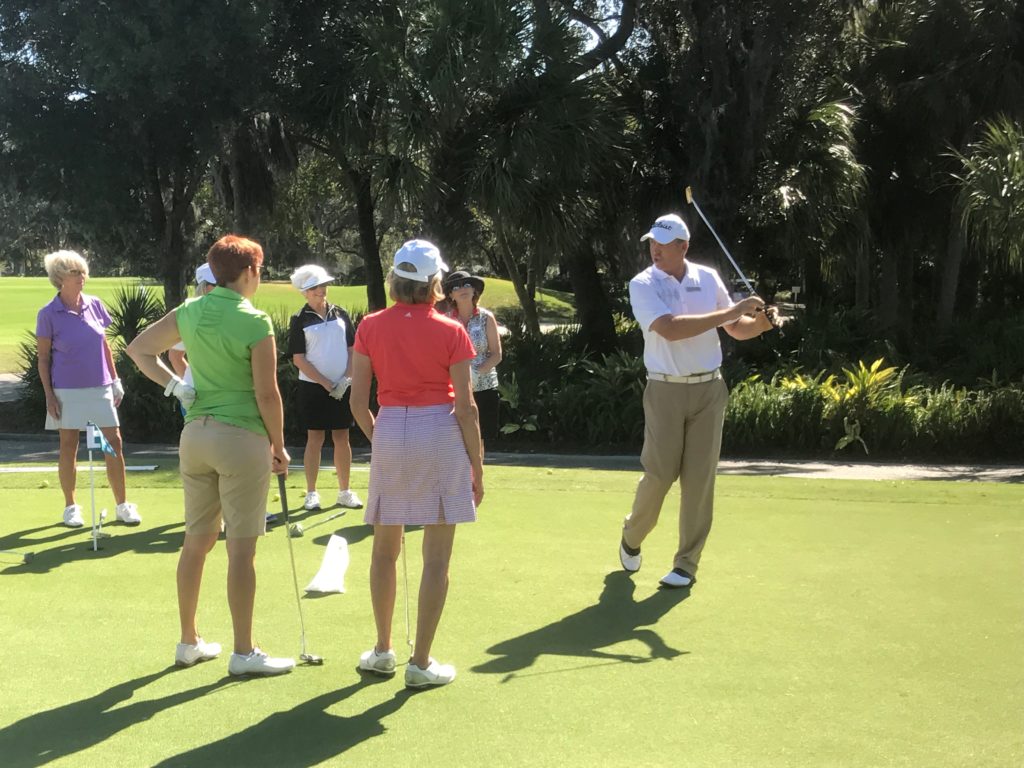