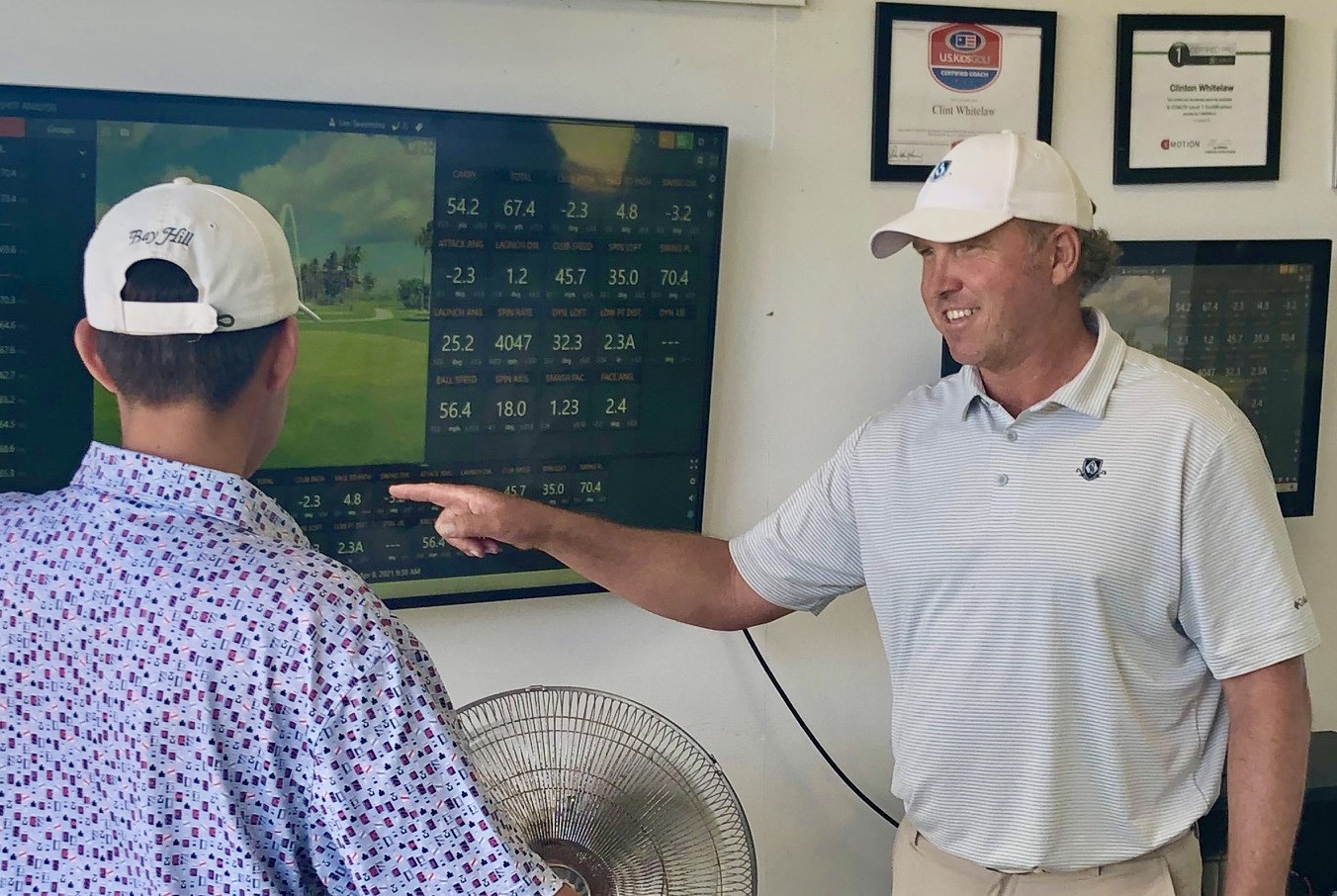 Proper timing, so crucial to a golf swing, also comes in handy when you embark on a new career. Clinton Whitelaw ended his successful run as a tour pro and set out to excel as an instructor at a moment in time when new tools and resources for the teacher were rapidly emerging.

“I was a student of the swing and of golf performance overall during my playing career,” says Whitelaw, director of instruction at the prestigious Lakewood Ranch Golf Academy (LRGA), “but there’s always a lot more to learn. And so I was excited to discover all the new research into biomechanics and all the game-changing tools like TrackMan, K-Vest, V1 Video and SAM PuttLab. If you wanted to dive in and work your way to new levels of expertise, there was no end of opportunity.”

Whitelaw, now 50, began that deep dive 20 years ago by opening his own golf shop and golf school in his native South Africa. He had long foreseen a move to the U.S. and fulfilled that plan in 2010, settling on Florida’s Gulf Coast as an ideal locale. A series of teaching positions at upscale clubs and courses in the region gave Whitelaw his first experiences with improvement-seeking U.S. golfers. Steady success and a growing reputation eventually prompted an offer to run the instruction program at LRGA, where he’s been since mid-2019. It was another case of fortuitous timing.

“It’s rare to come into a situation in which all the ingredients are there and you’ve simply got to bring your ‘A’ game in order to make a major impact,” Whitelaw says. “That’s been the case at Lakewood Ranch Golf Academy for me. The facility, in my opinion, is unsurpassed in Southwest Florida and it’s managed by people who only want the best for the members. Plus there’s a strong golf culture throughout the club. So the fit made perfect sense.”

Calling the practice and learning facilities at Lakewood Ranch unique is hardly an overstatement. Whitelaw points to its ultra-modern, tech-stocked academy building, its 100-yard-wide full-length driving range, practice bunkers, chipping green and putting green as essential building blocks. All that, plus a custom-club workshop able to execute any repair or club customization the student may need. “The design and setup was the brainchild of Bryan McManis, our director of golf at Lakewood Ranch Golf & Country Club,” says Clinton. “The result is state-of-the-art in every way.”

The ingredients necessary to help LRGA reach its full potential included what Whitelaw himself could bring to the table, as a former high-level tournament player and a teacher with relentless energy for mastering new elements of his craft. The playing resume is highlighted by victories at the 1993 South African Open, the 1993 California State Open and the 1997 Moroccan Open, a stop on the PGA European Tour. Being a winner on the PGA European Tour delivers significant benefits, including world-class playing opportunities once a tour veteran hits that magic age of 50. As this article goes to press, he is headed for the UK to compete in the 2021 Senior British Open. Beyond this prestigious opportunity at historic Sunningdale Golf & Country Club, Clinton’s eligibility includes full exemptions into all major European Senior Tour events.

That means a shot at some decent prize money and some additional perks, but other features of the experience mean more to him. As a player-turned-teacher, he sees championship golf as a testing grounds for his instructional theories and he considers tournament week at an event like the Senior British Open a prime opportunity for field research.

“To me there are a couple of significant things about teaching even as you continue to play at a relatively high level,” Whitelaw says. “One is that you get to see the training techniques of great players as those techniques have evolved to the current time. The other is that your advice about tournament preparation and handling pressure is likely to resonate more with students. What student,” asks Whitelaw, “wouldn’t be intrigued to know what Tom Watson or Nick Faldo is doing in their pre-shot routine, or the drills Ernie Els and Retief Goosen are using on the range?”

In the U.S., Whitelaw is looking at competing in a few Champions Tour qualifiers this year, along with various national PGA of America events. At Black Diamond Ranch last year he shot a second-round 66 to qualify for the prestigious PGA of America National Club Professional Championship—unfortunately that event was cancelled due to the pandemic. But that showing offered proof that his game was still viable at such high levels of competition.“What my tour career gave me—along with a lot of great stories and memories—is first-hand knowledge of what it takes to handle extreme competitive pressure, plus the feeling of winning at a high level, with all the satisfaction that brings,” he says. “Players with lofty ambitions are required to put in a tremendous amount of work over a long period, so they’re well-served to have a coach who can assure them it’s all worth it.”

And that knowledge extends to players across the spectrum, Whitelaw believes. No different from the high-tech diagnostic and bio-feedback equipment, words of wisdom about effort and reward apply to any golfer seeking significant improvement.

“All of it is equally beneficial to the 95-shooter, the 80-shooter and the scratch player,” Clinton asserts. “Club golfers who come to our academy get the full treatment—basically anything a D-1 NCAA player or a mini-tour player would get. That includes the empathy part.” No matter the player’s skill level, it’s tricky for a coach to decide how much technical information to impart. In Whitelaw’s case, that decision is relatively straightforward, if your knowledge level is what it should be and you confine your remarks to what’s relevant.

“What you tell the student,” he says, “could be as simple as, ‘your stance is pretty narrow and I’d like to see you widen it.’ At that point, there’s more to say, although not a lot more. They should be told that over-rotation of the pelvis, for example, is a negative result of their narrow stance, and here’s how many degrees of rotation would be best, and here’s how we’re going to make that adjustment happen.”

Whitelaw’s approach to academy programs is to design them thoughtfully and fine-tune them on a regular basis. When golfers start to connect with members of the LRGA coaching staff, or with the talented staff clubfitter, Tien Nguyen, many begin to explore the idea of working with these game-improvers, toward a goal that, once met, can make way for even higher goals. We’d all agree that every golfer who loves the game has a feeling deep down that they could sharpen their skills and shoot lower scores—the trick is to show them the possibilities.