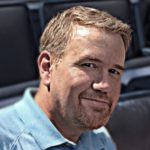 Tim Carr is one of the top magazine art directors and graphic designers in the golf industry. He has been Art Director of GOLF Magazine, Senior Golfer, Golf World and Links magazines during his career. He currently designs Golf Channel Academy’s magazine and creates most of the materials used by Golf Channel Academy for their websites, online promotions, and additional collateral including logo designs. He is available to assist Proponent Group members with a wide range of promotional materials on a project basis. Tim is based in Connecticut. 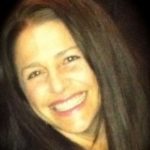 Lisa Derian, owner and designer at Derian Design, creates print and design materials that help strenghen and reflect the long-term vision of her clients, including many in the golf industry. She has worked with many local businesses as well as clients throughout the United States to enhance their designs and image. Clientele include Hunter-PR, Proponent Group, Portola Hotel & Spa, and many more…see her work at www.deriandesign.com. Lisa spent the first seven years of her career working as the Art Director for Excelligence Learning Corporation. There she worked closely with the marketing and product development departments. Lisa designed a wide range of promotional materials for the company, including multiple early childhood educational catalogs and magazines, and she also branded many of their proprietary products. 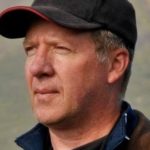 Trevor Johnston, based in Ottawa, Canada, is a veteran illustrator and graphic designer who has worked for dozens of the largest magazines and publications in the world, including Golf Digest and Golf Magazine. His more than 4,000 published illustrations includ some that were part of an editorial package that won a Pulitzer Prize for the Los Angeles Times. His work has won numerous other awards and his clientele includes Newsweek, Men’s Health, Sports Illustrated, Marriott, American Express and many more. Trevor loves golf projects and no project is too small. Sample his work at EyeMeetsWorld.com.