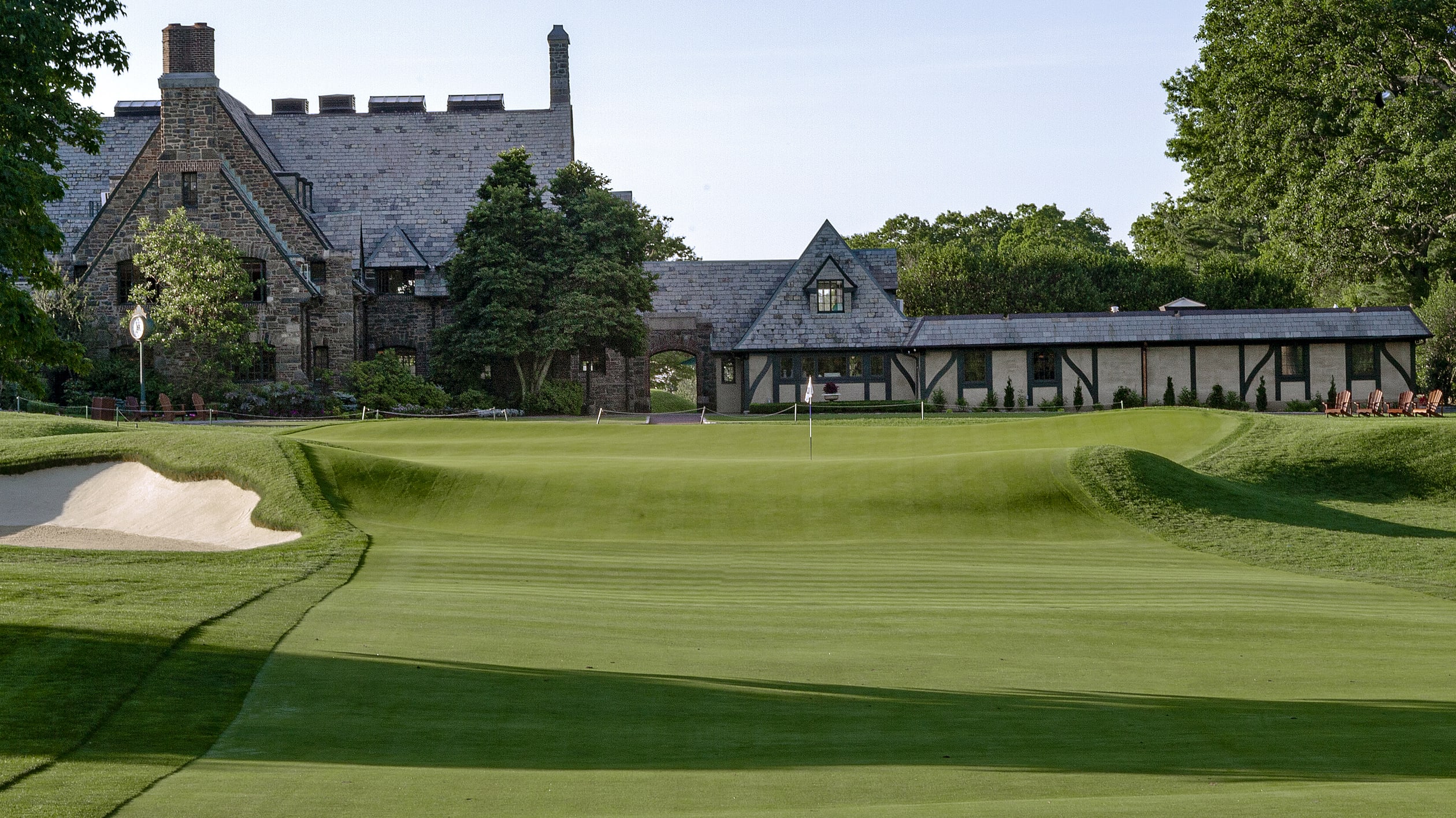 Playing the U.S. Open in September feels strange, so we’re glad the West Course at Winged Foot Golf Club is so reassuringly traditional. The 1923 Tillinghast masterpiece is known for its endlessly fascinating green complexes. This week, performance on those greens by the game’s top players will be closely scrutinized. (Watch an excellent flyover video here.)

For instructors, training golfers in the art and science of stroke-saving with the flatstick can sometimes seem like a side business—that’s how focused on the full swing and tee-to-green performance most people are.

But one reliable way to sell your skills as a putting instructor is through group clinics. “The percentage of people who took their first putting lesson—or maybe their only putting lesson—in a group setting is going to be very high,” says Kenny Nairn, Managing Partner of CFL Golf in Orlando, Fla., “Most any clinic series will include the short game, so golfers expect it.” In his view it’s the duty of serious coaches to circle back to clinic attendees who are decent ball strikers but poor putters and offer them a chance to fix this unfortunate problem.

If they insist on spending their instruction dollars otherwise, there are several forms of persuasion you could pursue. “The students who are frank about not intending to improve their fitness or their flexibility are pretty good candidates for putting instruction,” says Nairn, “simply because the act of putting is much less athletic than the full swing.” Another argument you might put forth involves the way poor putting affects the overall round and performance on full swings.

“Golfers resist putting instruction because the putting stroke looks so comparatively simple and they don’t realize how demanding a skill it is,” Nairn says. “So when they three-putt from 20 feet they’ll step on the next tee with driver in their hand feeling very confused and often angry, which is not a good state to be in if you want to hit a fairway.”

If your brilliant logic is falling on deaf ears, you can still help the player—and yourself—by checking their aim with a $5 laser by attaching it to the putter face with the golfer set up about eight feet from a blank wall. You block the laser with your hand until they’re fully set, then check where how close to the target the red laser ray points. “It’s very often way, way off,” says Nairn. “That’s your starting point for a serious discussion about fitting them for a putter that suits their eye, one that they can point consistently at the target, and that allows them to make a sound stroke.”

Scott Fawcett, whose DECADE system for saving strokes has become the course-management guide for countless PGA Tour pros, believes that actively teaching the whole game and all its component skills will set a teacher apart. “My feeling about instruction is that no golf coach should ever give up on teaching putting—but one way to do that is to make it known to a student that you actually become a better putter in part by hitting golf balls. Better long-game technique will improve your putting stroke and improve your control of the putter face,” says Fawcett.

Naturally he has strong beliefs regarding the strategy behind lagging well and holing out efficiently. “The best putters have the best speed control—I’ve measured it,” he says. “Dave Pelz, when he talks about speed control, defines it by his 17-inches-past rule. To me that makes sense only if you’re talking about holing speed.”

Controlling pace means you can lag your longer putts to optimal positions. “If you can do that,” says Fawcett, “you’ll putt with confidence, which doesn’t mean that you putt over-aggressively. Brad Faxon and I argue about this, because Brad believes he was more successful on six-foot comebackers than on all the other six-footers. I told him there was no chance of that. All the same, Faxon’s confidence with the putter was a great advantage for him.”

Someone returning to golf now after a five-year hiatus might be amazed to see how many players whip out rangefinders before every full shot. In a few years, they might be surprised to see how many golfers—especially private-club golfers—whip out green-reading books of the type recently popularized by GolfLogix and StrakaLine.

Connecticut-based Peter Egazarian, about as tech-savvy a golf instructor as you’ll find, sees the greens-mapping books in combination with AimPoint’s green-reading technique as a way for teachers to cover just about everyone.

“If your student is visual, you can use the digital greens-map books and the student won’t need to feel the contours in their feet, using the AimPoint approach,” he says. “Of course, that golfer will need their instructor to help them learn how to read the arrows and what they mean. They’ll also need to be coached in setup and stroke and all the other technical aspects.”

You can earn money with these ultra-accurate greens books by using them to make your putting instruction more effective—but also by getting a cut of the profit when your facility sells them. The Green Book from GolfLogix retails for $40 and covers just one course each, so the company’s digital green-reading app is a better deal. However, existing GolfLogix customers still spend freely on the booklets. “The percentage of our members who have the app and at least one Green Book is super-high,” says company CEO Pete Charleston, who sells them to courses at $25 each with a minimum order. “We thought it would be a hard line between the two categories, but having the book makes a golfer feel like a tour pro—that’s what so many of them have told us.”

AimPoint has certainly made its mark on putting instruction, to the point where the company is only training and certifying new coaches in “open territories.” If you’re in a part of the U.S. where AimPoint has done all its recruiting and training, you can find a certified AimPoint coach and partner up with them for instruction events that put a special emphasis on green-reading. Cheryl Anderson, director of instruction at the Mike Bender Golf Academy north of Orlando, sees a lot of potential in this sort of team teaching.

“The golfers who attend the clinic will know they’re getting information and coaching that only a few hundred people have expertise in,” says Anderson. “That really does add to the value of the experience.” As she explains it, the host professional doesn’t have to make any apologies for not being AimPoint-certified, because the company has stopped recruiting and training people in most populated areas of the U.S. By the time the co-hosted clinic program is over, the host pro knows quite a bit about AimPoint and they’ve earned a healthy share of the revenue generated by the event.

So when all eyes are on the speedy, smooth and perplexing greens of Winged Foot West, start a few conversations about the wonderful benefits of putting lessons. You may get quite a few positive responses.