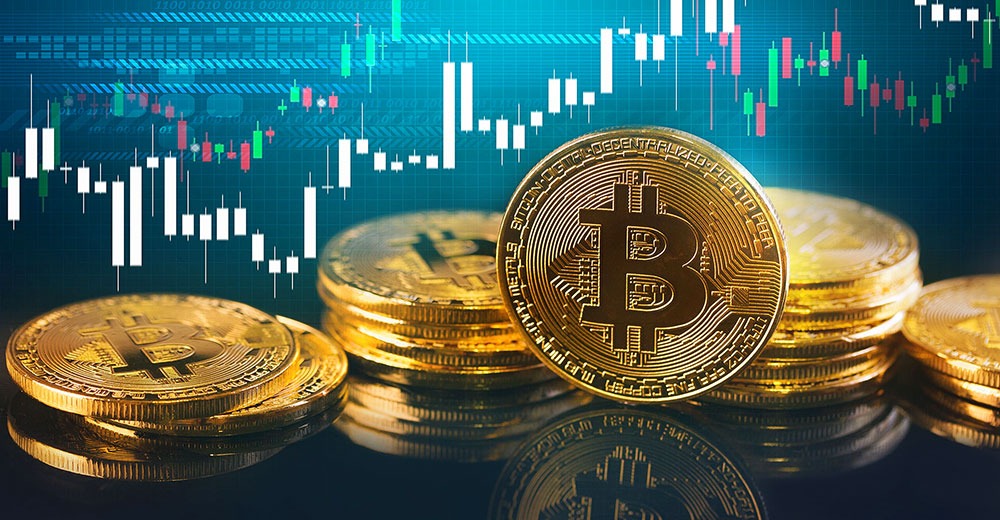 Over the past few years, there has been increased demand and concern around a particular new asset class: Cryptocurrency. By definition, a cryptocurrency is any form of currency that only exists digitally, that usually has no central issuing or regulating authority but instead uses a decentralized system to record transactions and manage the issuance of new units.

In addition, cryptocurrencies rely on cryptography to prevent counterfeiting and fraudulent transactions.The most popular and widely recognized cryptocurrency in terms of market capitalization, and user base is Bitcoin.

According to its whitepaper, Bitcoin (BTC) was launched in 2009 with the intention to remove third-party intermediaries that are traditionally required to conduct digital monetary transfers. Like many other cryptocurrencies, Bitcoin has a finite supply and there can only be 21 million bitcoins mined to existence. It is the first decentralized peer-to-peer payment network that is powered by its users with no central bank authority or intermediary.

When an individual or entity makes a purchase into bitcoin, each user and/or investor has a digital wallet that allows a user to send and receive bitcoins with them. All transactions that are done in Bitcoin are showed on a public ledger called the “Blockchain”. This ledger contains every transaction ever processed, allowing a user’s computer to verify the validity of each transaction. Most individuals and institutions who invest in Bitcoin, say they do so as hedge against rising inflation and as store of a value, like Gold. Some financial experts have even touted Bitcoin as “Digital Gold” or “Gold 2.0.”

There have been long lasting debates from different economists as to whether Bitcoin and/or any other cryptocurrency can truly function as money. For a currency to be considered money, it must serve as a medium of exchange, a store of value, and as a unit of account. Many experts believe that it fulfills all requirements while others believe it has no intrinsic value. It should be noted that Bitcoin is certainly a unit of account and has started to gain increased adoption as a medium of exchange. However, many people today use Bitcoin as a speculative trading asset or as a store of value rather than a monetary means of payment.

Bitcoin is becoming more widely recognized by individuals and institutional investors as a true asset over the recent years despite its level of volatility. In 2017, Bitcoin began the year trading below $1,000 and then reached to a high of $20,000 before crashing back down to around $3,000 in 2018 a year later (source: Coinmarketcap.com). However, in 2020 Bitcoin closed the year at 28,987.40 and as of this writing it is currently trading hands at $55,716.73 per coin as mainstream adoption begins to accelerate (source: Coinmarketcap.com).

Home Depot, Microsoft, & Overstock are some of the few companies that accept Bitcoin & other cryptocurrencies. Companies like Square, CoinBase, and PayPal allows its merchants to buy and sell Bitcoin while other companies like Tesla, MassMutual & GrayScale have converted some of the cash on their balance sheet into Bitcoin. More companies such as Fidelity, BlackRock BNYMellon, and Mastercard are also thinking of either offering custody service, facilitating bitcoin transactions, or utilizing Bitcoin in some capacity.

There have been many concerns surrounding the regulation of Bitcoin and other cryptocurrencies as they are difficult to regulate. As more individuals and institutions continue to enter the space, regulatory authorities around the world are trying to find ways to enhance regulation. FinCEN does not consider cryptocurrency to be legal tender but it does consider crypto exchanges as money transmitters subject to their jurisdiction. The IRS has begun considering cryptocurrencies property and has issued tax guidance while the Commodity Futures Trading Commission (CFTC) treats Bitcoin as a commodity. Most recently, the SEC Commissioner Hester Peirce has stated that there is an urgent need for a clear crypto regulatory framework after the involvement of major companies. Because of the uncertainty of this new asset class, the SEC has used this as a case for rejecting past ETF applications claiming that the bitcoin market is not significant in size and potentially easy to manipulate.

Altcoins or alternative cryptocurrencies are the other cryptocurrencies that have launched after the success of Bitcoin. Altcoins account for roughly 38% of the cryptocurrency market capitalization and each coin has its own unique use case(source: Coinmarketcap.com). Some of the other popular altcoins consists of Ethereum which is a decentralized, public blockchain with smart contract capability.

Bitcoin is not regulated like the traditional stock market. It trades 24/7, there is no centralized governing body, heavy trade volumes can cause exchanges to crash, and large holders are not required to publicly disclose their ownership. Because of this, Bitcoin can be subject to price manipulation by only a handful of large holders. Both during non-traditional trading hours and normal hours. With the limited number of legal US crypto exchanges, investors may find that their exchanges may go down at key buy or sell moments.

Additionally, although governing bodies such as the SEC have given Bitcoin non-security status, there are no official US laws on the books regarding Bitcoin’s finality. Regulation clarity is still evolving in the cryptocurrency space and rules can change at any time. Finally, Bitcoin is highly volatile. In December 2017 we witnessed Bitcoin’s meteoric rise to over $19,666 per coin and its -84 percent crash to $3,112 per coin in December 2018 (source: Coinmarketcap.com). Investors/Speculators should tread carefully during euphoric rises in price.

To conclude, Bitcoin and other cryptocurrencies are a very volatile asset class and may not be suitable for certain investors. Although Bitcoin has been the best performing asset within the last decade, it still only has a twelve-year track record. The cryptocurrency asset class is still in its infancy despite the new widespread demand from institutions and retail investors.

For additional assistance with all of your financial planning contact Missie Berteotti at The Hicks Group, a part of Luttner Financial Group, at mberteotti@luttner.com or 412-398-5030.