Compensation at High-End Private Clubs:  It Gets Very Rich, at the Very Top 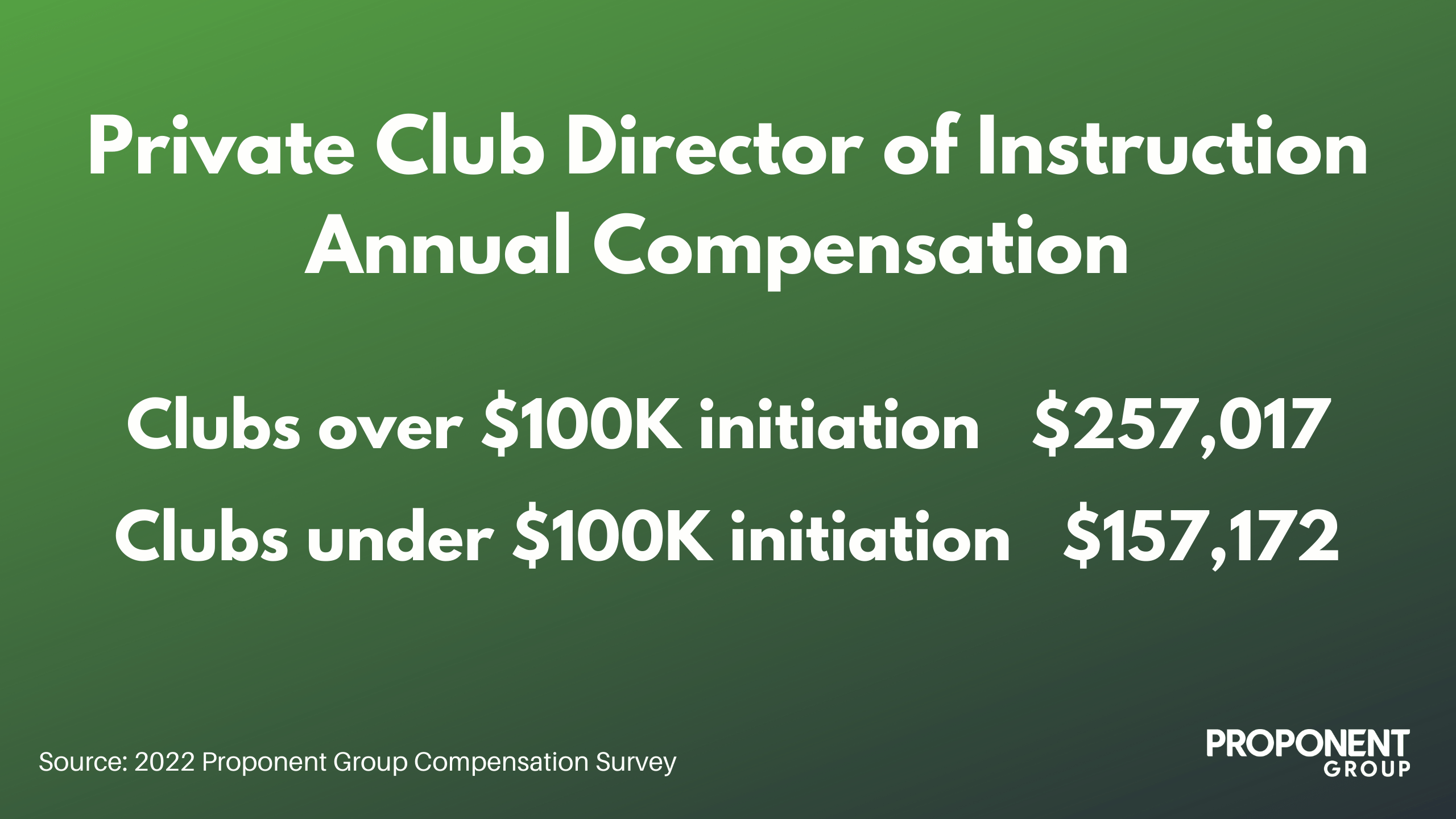 We heard last week from a Proponent member employed as Director of Instruction at a top-tier private club. This member, who is highly compensated, wished to compare her pay package with that of coaches in similar roles at equally high-end clubs.

We hadn’t done a deep dive into compensation for this subset in quite a few years. Like the inquiring member, we were curious to see what these jobs are currently paying.

We began the task knowing that plenty of Proponent members have walked away from the private-club environment because they felt they could earn more elsewhere and perhaps to avoid the mental strain that dealing with a membership can cause.

For those who function well in the member-only setting, there is every financial reason to pursue employment with the private clubs at the top of the market, as measured by initiation fee. Researching Proponent Group’s 2022 Compensation and Operations Survey data, we found a $100,000 difference between what the most up-market clubs pay their Directors of Instruction and what the more mainstream private clubs pay them.

That figure of $100,000 is also our dividing line between the two categories of club—initiation fees over or under $100k.

(For some context, we looked at total compensation, on average, for all Proponent Group members. That figure was $174,125, arrived at by subtracting a revenue-share number of $11,878 from overall earnings of $186,003.)