Can We Coach Our Way to Retention of the “Covid Newbies”? [Part 2] 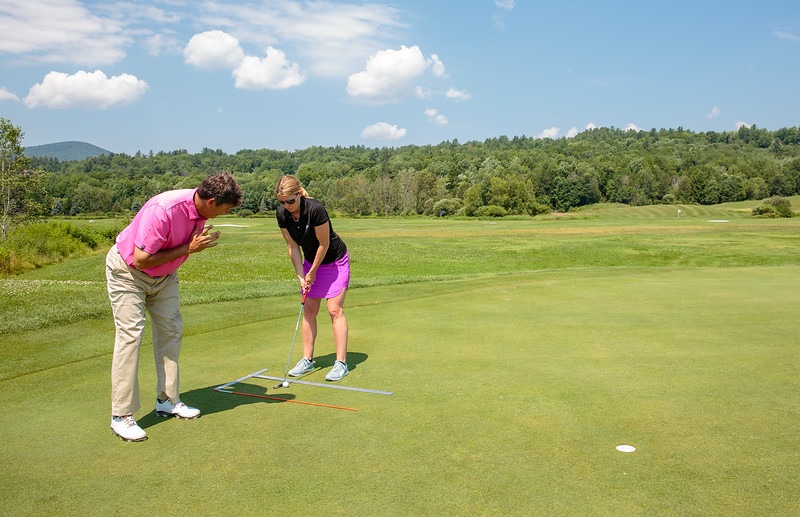 The image of a rising tide that lifts all boats has been rippling through golf since March. Waves of new and returning players have sparked optimism, but also plenty of concern that the industry’s luck won’t hold. People who sell green fees, golf equipment and instruction programs imagine most of the newcomers drifting away when competing leisure activities resume. In Part 1 of this exclusive two-part article, we took up that question, focusing on how instruction could help turn a healthy segment of these new golfers into true golfers.

It’s a question that will get answered, a couple of years from now, in the form of a percentage. Some portion between 0 and 100 percent will still be with us at that point. Cathy Harbin, a course-owning industry veteran who has been executive director of Golf 20/20—and later a high-ranking ClubCorp executive—offered her opinion by sticking a pin in the 33 percent level.

“The industry should start with the idea of retaining one-third of these new people—that should be our baseline expectation,” says Harbin. “The big win would be keeping somewhere near 50 percent. And if we can’t do any better than 20 to 25 percent, that would be golf’s proverbial ‘leaky bucket’ all over again.” Having tackled the question of how-many, Harbin took up the question of how.

“Picture we’re in 2022 and we’ve got the outcome we were hoping for,” she says. “There are two golfer attitudes, in my opinion, that will have driven it. The first is, ‘Becoming a golfer was not as much about ability as I thought it would be.’ The second is, ‘I didn’t figure that socializing at the golf course would take the place of meeting my friends at the pub, but it did.’”

At Harbin’s course in Paris, Tex., a daily-fee facility called Pine Ridge, there are customers who arrived for the first time this spring and are already showing up habitually, sometimes just for after-work drinks on the patio. “When heading for our golf course becomes second-nature for these folks, that’s a big win,” she says.

Her comment about the new convert to golf saying “it wasn’t so much about ability” is interwoven with strategically smart instruction programming. “For this customer, who is leaving coronavirus behind as they make their way into golf, the ideal experience is socializing-meets-coaching,” she believes. “If they keep hearing one promise, that ‘we’re going to have fun and we’re going to get better’, and the promise gets kept, we’ve done our jobs. We’ve provided an escape from the misery of the pandemic, which people won’t forget.”

Coaching and teaching adult beginners is always enhanced by the social element, but in this strange circumstance it’s all the more important. Doug Holub spoke to that in part one of this article, saying etiquette lessons should be minimal. He likewise believes that, in the teaching process itself, this is no time to be a stickler.

“The theme of what I say to these new people about grip, stance and alignment is preference,” Holub comments. “Your baseball grip is fine, I’ll tell them. Even a split grip might be okay. I’m trying to get a flowing swing motion to happen with the student upright, then have them retain that motion after they bend over. If that happens, and we can get the golf ball in the way, there’s contact, the ball gets airborne, and everyone’s happy.”

These are interesting times for anyone involved in player development, but for Ryan Dailey and Matt Reagan of Operation 36 it’s all the more so. Day one of a new golfer’s experience with Op36 will feature a 9-hole round in which the (achievable) goal is to shoot 36—the player starts as close to the hole as necessary to make that a likelihood, then gradually moves back. It’s the only player development platform that doesn’t begin with “getting ready” to play golf, it begins with playing golf, while holing out every time and writing down a 9-hole score. It’s also the only platform with a direct, intentional focus on “teaching people how to pay a green fee to play a round of golf,” Reagan is fond of saying.

If you haven’t played before, and you participate faithfully in the Op36 program—practice, instruction and 9-hole rounds—you’ll be at it a long time before you resemble even a 25- to 30-handicap golfer, according to the company’s meticulously maintained hard data. The classic golf-quitter’s comment that the game “is too hard” actually gets borne out by what Dailey and Reagan have learned over the years, therefore player-dev that’s going to work has to stretch out the yardage at a slow and careful pace. While that’s happening there is plenty of fun to be had, along with minimal frustration and the very powerful true-golf feeling of never picking up, always holing out, always recording a score, then slowly watching scores go down as your personal golf course stretches out.

“Development of skills and competence that leads to achievement of pre-set goals is hard-wired into the human brain and the emotional system,” says Reagan, as he describes a golf journey akin to learning piano, aikido or a foreign language. The apparent lesson of Op36 is that you can’t learn golf quickly, but you can learn fairly soon that the program you’ve entered will turn you into a golfer if you stick with it.

There’s interesting news coming out of Reagan and Dailey’s company, of notable interest to coaches. Operation 36 announced that its signature Online Coach Academy would be available at no cost to all golf professionals, as well as to PGA Golf Management students. The Coach Academy has previously been available only to registered, fee-paying Operation 36 Program locations.

“We want to help all professionals make a transition to Developmental Golf Programming, as we’ve designed and built it,” says Reagan. “That starts with education, which is is why we’re making select education courses live for anyone.”

The process of creating a free Op 36 Academy Account begins by visiting this web page, for information and account setup.

Years ago Cathy Harbin was asked about internal strategizing at ClubCorp around golf instruction and player development. She responded by noting that within the ClubCorp network there were excellent teachers whose good work was appreciated and singled out for praise, with one missing element.

“I would hear kudos of all kinds about the teachers—except for one,” Harbin recalled. “I never heard someone say that Teacher XYZ was great at bringing new people into the game and getting them to stay. That isn’t a prestigious coaching achievement, within our industry—at least not yet.”

In the Covid era, and especially when the dust settles post-Covid, that observation about the industry may very well have changed, in a significant and highly welcome fashion.