A Deeper Look at Coaches’ Instruction Revenue Sources and Averages 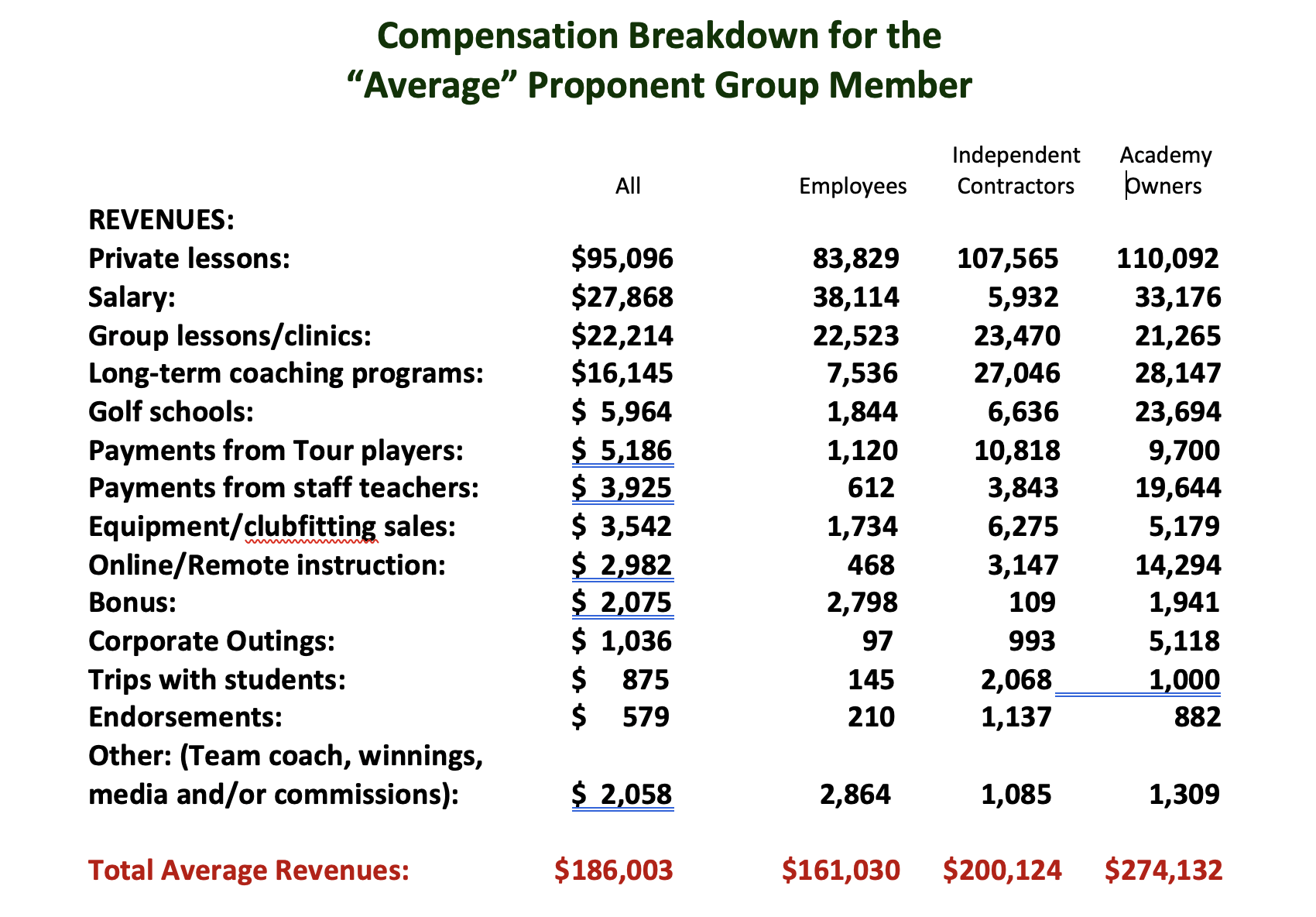 As has long been the case in our annual Operations and Compensation Survey – and again in the 2022 edition – about half of all member coaches’ revenues come from one-on-one private golf lessons. This year’s survey found that 51 percent of member revenues come from one-on-one private golf lessons as program offerings continue to broaden ($95,096 out of $186,003 total average revenues). That is the exact same percentage as the survey found 10 years ago. Talk about steady. This number was also very similar among both employees at 52 percent and independent contractors at 53 percent of their overall revenues.

As for overall revenues by position type, coaches who are employees averaged $161,030, independent contractors averaged 24 percent more at $200,124. Academy Owners with multiple instructors averaged 70 percent more than employees, coming in at $274,132. All three averages were new record highs.

The $95,096 private instruction total was up from $67,373 10 years ago, or an increase of 41 percent, almost identical to the overall revenue increase during that time of 40.3 percent.

The biggest loser over the past decade was traditional golf school programming, which decreased from $10,605 to $5,964 on average  – a drop-off of 44 percent.

While coaches often talk about passive income (revenues produced for the coach when they are not personally teaching) this source remains relatively small. It generated only $6,562, on average, out of $186,003—or just 3.5 percent. (This covers revenues from staff coach payments, endorsements, team coaching, tournament winnings, media and sales commissions.)

Online and remote teaching also gets a lot of attention these days but, so far, the average revenue from these internet lessons has stalled out at $2,982 per coach over the past year (up $63 per coach over a year ago) or just 1.6 percent of total revenues, although a handful of coaches reported more than $10,000 from remote lessons. The jury is still out on how big this opportunity will become.